English is quite quirky at times!

I’m going to my friend’s house/place/pad.

Between home and all the other things/nouns mentioned, home is the only noun which isn’t preceded by the preposition ‘to’.

All the things listed above, other than home, are structures with a roof and walls- made of physical objects. They themselves are physical objects, which are tangible, concrete and solid. A home is not. A home is a place we call home. Home is rather an idea. Any place can be home to anyone. ‘He lived in a cardboard box. The box was his home. Rather the box was home to him’.

Or, let me put it this way. All the buildings or names of buildings mentioned above are nouns-only nouns. Just plain nouns. But home? It’s a noun, an adjective, an adverb and also a verb.

So we say ‘I’m going home’. But not ‘I’m going school’ or ‘I’m going airport’. I’m not saying these are the reasons why it’s so. I’m saying, that’s how English works!

The same goes with ‘I’m home’!! No prepositions! It means ‘I’ve reached back home’ or ‘can’t you see that I’m back (from work or a trip overseas ?”:) 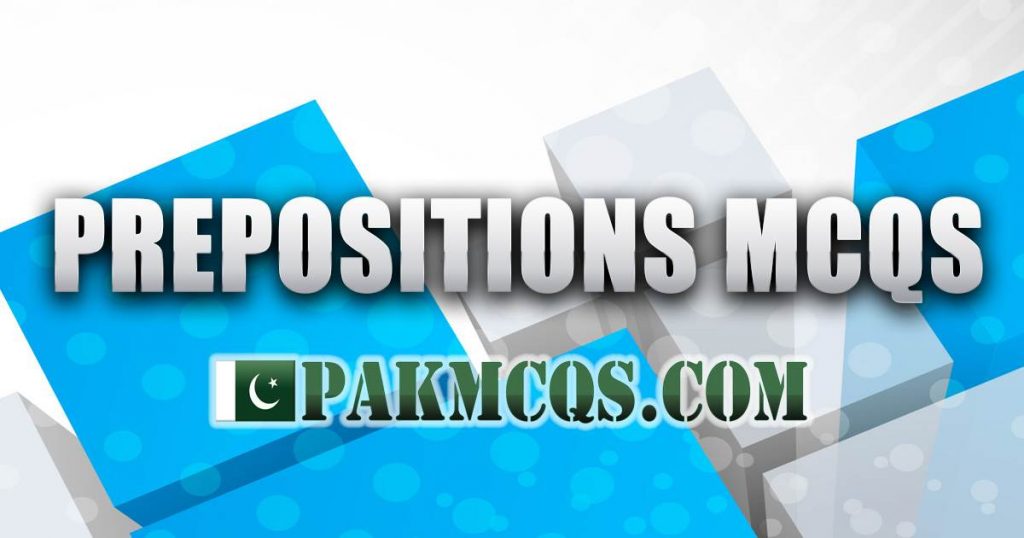 Prepositions Mcqs are very important for every test.  Prepositions are short words used to join nouns, pronouns or phrasal nouns are asked often in Fill in the blanks section of English. Use of Preposition in, on , at , then, a, an, since, for, by in the sentences is very simple to secure good marks in testing services like NTS, Fpsc/Css Kppsc, Ppsc, Spsc, PTS, OTS and others. Here you will find all the Important Prepositions Mcqs for Preparation. Simply choose the correct missing preposition in each sentence.